In the Internet age, the concepts of private domain and public domain have been completely disrupted. If this is too abstract, you can imagine that many people are addicted to the Internet and think they are in the dark, so it's safe to say what they do. Maybe the opposite is true. For a small white user, without a set of systematic network security protection, everything about you is transparent in the eyes of hackers, just like running naked on the streets of downtown.

According to Ding Dan, CEO of Serica integrated circuit Technologies Inc., Ltd., the era of cryptography is coming, and security chips will be everywhere. Involving information security is a huge and complex set of standards, norms, mechanisms and systems, in which cryptosystem is the core part of the whole information security field. Ding Dan pointed out that many ordinary people often don't know what a password is. The password they understand comes from the word "password". Although the word has been translated into a password, it actually corresponds to a password, which can't be counted as a password. The real password must be a secret key, and the core of cryptography is to study the science of encryption and decryption.

It was reported in the media that an old woman's smart phone was connected with a bank card and a public WiFi at a time, resulting in her bank money being transferred. How did hackers succeed? As the current security authentication programs are stored in the server in the form of software, hackers take advantage of this fatal defect, locate the authentication statements in them and implant a jump instruction, which makes the user's access jump to the background arranged by hackers, and then jump back after malicious operation, which is a very typical way of embezzlement and deduction. The difference between software and hardware is that the software stored on the server can be divided and broken; while hardware is equivalent to solidifying the program into a circuit, and the chip becomes a whole. The program either runs completely or does not run at all. The hacker cannot change the circuit to cheat the access from the client.

With cloud computing and big data becoming the basis of the Internet, as well as mobile computing, i.e. the application of intelligent means is growing explosively, people's personal information, financial information, financial accounts and all kinds of sensitive information are distributed on Internet servers, mobile phones, car brain, wearing electronics and other devices, and everyone's information sovereignty is like a streaker exposed in a riot There is no protection. The examples mentioned above can happen at any time in this era. Hackers do not only bully the elderly who do not have it knowledge. All software and devices have weaknesses. Even experts who are proficient in it can not guarantee the absolute security of their own data, because there are various ways and means to attack, which is impossible to prevent. 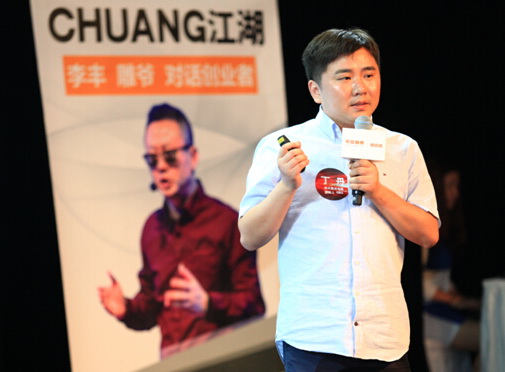 Ding Dan can only lament that sometimes he can only give negative suggestions to people around him: "never bind bank cards to mobile phones, and try not to download apps". But he knows that these suggestions will not help, because the popularity of mobile and personal computing is the general trend. We can only follow the trend and improve the safety level through scientific and technological progress.

The core of the whole information security attack and defense war is around the encryption and decryption of the key. The war between the two sides continues, and new technology applications bring forth new ideas. As the old saying goes, the Yangtze River back wave pushes forward the front wave, and the front wave dies on the beach. Once mature, which technology often means that it becomes more vulnerable to attack. With the comprehensive popularization of mobile Internet, the significance of password is more and more important, and "new and old" is inevitable in the world of mobile Internet.

Ding Dan popularized some common sense of cryptography for us. It has been thousands of years for human to study the application of password, and the rise of public key password after World War II marks that this major has entered the era of modern science and technology. The modern cryptosystem is composed of public key and key. When the public key is open but the private key is not disclosed, all kinds of communication will not affect the data security, which is the basis of the cryptosystem today. At present, NTRU, which has the property of resisting quantum computing attack, is in the peak of research and development.

At present, the mainstream RSA encryption algorithm and ECC (elliptic curve cryptography) can't resist the attack of quantum computing, while NTRU cryptosystem has the ability to resist the attack of quantum computing, and has high speed and security. It is especially suitable for such services as smart card, secure cellular telephone system, secure fax, wireless secure data network, and authentication system, etc The new star of Cryptography Application. At present, the field of cryptography is in the eve of a new era, which means a vigorous development opportunity for the rising star in the field of cryptography in China.

The Chinese market has become the sovereign market with the largest demand for password products. However, 95% of market profits are in the hands of European manufacturers, and the domestic password industry crawls at the bottom of the pyramid. However, the high-performance security chip is less localized, imported, expensive and does not support the national security standard. The particularity of the password industry lies in that it not only involves economic interests, but also national information security. Especially in the national strategic fields such as aerospace and military industry, the password technology and products cannot be completely handed over to overseas enterprises. Ding Dan and his companions, a team of number theorists, computer and chip engineering talents with the background of chip design and manufacturing in China's famous schools in the north of Qing Dynasty, the United States, and Silicon Valley, are determined to push forward the application level of NTRU Public key in China with the full homomorphic encryption chip in the forefront of Cryptography Application.

Cloud computing, big data, Internet of things, mobile computing bring new challenges to information security. When the user's data are stored in different places, different places, and hosting agents, how can we ensure that there is no leakage? This leads to the most cutting-edge technology in cryptographic applications - all homomorphic encryption technology.

For example, the owner of a jewelry store wants his shop assistant to help him clean up the jewelry in the display cabinet, but he is afraid that the shop assistant will steal the jewelry? He designed a very strong jewelry cabinet. He installed a pair of very strong gloves on the inner wall of the cabinet, which could not be torn. In this way, the clerk can extend his hand in the cupboard for operation while sorting out the jewelry, but he can't take the jewelry out of the cupboard, and even he can't really touch the jewelry.

Full homomorphic encryption is similar to this way. If you change the role of the boss to the owner of data on cloud computing, that is, the customer, the clerk is the service provider of cloud computing. The data service provider can not touch the real information but can process the data, can retrieve, sort and perform various calculations; however, the service provider does not know the real content of the data at all, just like being covered with a pair of homomorphic encryption "gloves". So for customers, that is, data owners, the security is the highest, it can rest assured that the data to a more professional person to manage. This model will be promoted in all walks of life, including government, health system, finance, transportation, all industries using distributed computing and data hosting.

Now the first domestic homomorphic encryption chip designed by Dingdan team has entered the stage of streaming. If it goes well, it will enter the stage of mass production in September. In the form of chip, the whole homomorphic encryption technology is further prevented from being attacked. Serica techc500, a high-performance password chip patented by Huaxing, Jiuzhou, is not only widely used in e-government, e-commerce, financial security, smart card, communication security, aerospace and military industry, cloud computing and Internet of things, smart city, mobile payment and many other fields, but also shows that its own patent has important strategic significance in national security. Therefore, the market prospect is very broad. According to the data of the State Password Administration, the financial password chip alone will form a market of hundreds of billions in the next five years

Dingdan also gave an example. Now Internet finance is an inevitable trend. In the future, everyone will make financial investment through the Internet, such as the house e loan launched by Ping An and Pratt Whitney, which enables the house mortgage loan to arrive at the account in one day at the shortest, and satisfies many customers who need short-term capital turnover. This is a typical financial innovation in the Internet era. But this naturally requires a more reliable security system, so that both the supply and demand sides of Internet finance can conduct transactions with ease. Ding Dan said that in the process of his own business, he met the situation that next month's order remittance could only arrive at the account, and this month's liquidity was in urgent need. He once considered housing mortgage, but at that time, the process was still relatively long, it took more than half a month, so he had to give up. If we knew that there were such products as the house e loan of Ping An and inclusive, we would definitely consider them.